The college life is an interesting life for both genders- but, is perhaps more challenging for females. There are certain sets of societal pressures that are placed on women, that are not placed on men, and college tends to be right around the time in which those pressures are first experienced by many females. College, in general, is a very difficult time for most people because of all the new things that happen during this time. 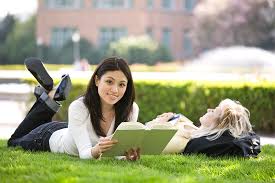 It is the first time in which a person is independent from their parents and no longer under their supervision. College is also the time in which people have to become adults, while also balancing their social life with their school life, because college is also a time in which the social life of the student tends to take off, and sometimes, get out of control. Here is a short list of some of the most female friendly colleges in the country:

Located just outside of Atlanta, Georgia, the Agnes Scott College is usually regarded as one of the best colleges for women to attend in the country- and perhaps even in the entire world altogether. For one thing, it is perhaps one of the most beautiful college campuses in the region, and the living arrangements of the school are also very highly regarded and respected.

But, the beauty of the campus and the living quarters are not the only reason why this college is so female friendly. The honor code is also well regarded at the college, and the student to professor ratio is 10:1, which makes for an intimate classroom setting. Agnes Scott College is also much less expensive than the other colleges on this list.

This affiliate of the highly-respected college institution Columbia University, is one of the finest educational institutions for women. The most noteworthy thing about the campus is that it is located in the heart of the biggest city in the United States. Barnard College is easily one of the most competitive schools to get into for women, and the educational opportunities are boundless when attending Barnard College.

This college trades course options with many surrounding universities, including the University of Pennsylvania, which is considered one of the best state colleges in the country. It is also a member of the tri-college consortium with Haverford and Swarthmore, which are both internationally known as some of the finest educational institutions in the country. The history of the college also goes way back to the founding of the country.