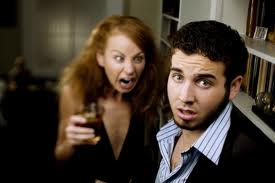 Men who grew up with caring mothers who raised them well and catered for their needs have a balanced view and tends to treat their women well. Such men adore their mothers because they raised them respectably and instilled core values such as discipline and deference. They taught them how to treat women early on which boils down to how they will treat women when they grow up.

On the other hand there are many men who had the unfortunate streak of being brought up by moms who were not well connected with women in their lives. Such men may value and respect their mothers, but are not very close to them. These men will respect you but tends to be less affectionate unlike men who are close to their moms. Though these men may be standoffish in certain circumstances, they can be assisted to love and respect women.

Then there are the men that women should generally be wary of. These are men with mommy issues that were never resolved. These are men with strained relationships with women in their lives especially the mother. Such men do not respect their moms and tends to view women just like an extension of their mothers.

Here are signs that your man has mommy issues:

If you have to constantly prove something to your man, just know there are trust issues involved. A man who does not trust you will constantly require you to verify everything you say or do. Verification can be through another person or through another source. A guy who grew up with an absent or abusive mom often lack trust in his mom because she broke the trust the child had in her when he was growing up. As a result that diminished trust is transferred to the women he interacts with everyday.

Men with mommy issues do not respect women, most of the time you have to work extra hard to gain their respect. This type of a man may respect you more if you manage to prove that you have much more to offer compared to the average female. In the midst of all this, keep in mind that if he does not respect you, he is not likely to value your thoughts or opinions. This means that he does not care about your point of view on almost anything since he believes that you have no idea about what you are talking about unlike him who knows everything.

He is a habitual cheater

There is no one woman who can have everything a man dreams about. Unlike the ordinary man who realizes the fact that no woman can have everything and hence sticks to their spouses, such a man usually has more than one woman in his life. He will have a woman for companionship, another for sex, a different woman for mental stimulation and another for food. These men tend to be habitual cheaters, regardless of whether you are the best spouse on Earth. To him, something is always missing and he has to keep looking for it out there.

A man with mommy issues does not know how to identify with the fact that he is also lacking in certain areas just like the woman he is dating. Rather than work hard to make the relationship work he is always searching outside the relationship to get a woman to meet his needs. Basically this man is driven by the need to fill the void his mommy left in his life. Since he is unable to have the void filled by one woman he has to string several women along to fill his need.

He always complains of being ill-treated

A man who grew up without an ideal mother figure in his life tends to treat all women the same. Even when you have not hurt him, he will still complain about how you treat him, this is because you are categorized with all other women in his life including his mother. From the women that treat him like a prince, to the women who dumps him, every woman receives the same treatment. This is because he learnt from his abusive or absentee mom about how a woman treats a man. If you date this kind of a man, you will hardly ever feel treated like a real respectable woman as the man is always afraid that you will hurt him just like his mom.

Fit Yummy Mummy Review: Its not aboout what you do but its about how you do
5 Christmas Gifts for Fashionistas This Season
Save Yourself from Free Gift Cards Scam when Shopping Online