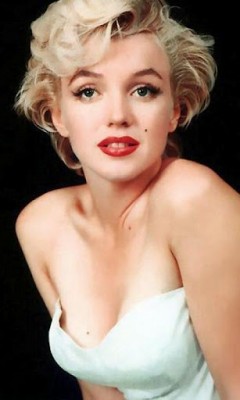 Here are the top 5 beautiful Hollywood actresses of all times which I think deserve this list. There may be many more and you are welcome to add your favorite right blow at the comment section of this hub. I know it’s very hard to squeeze out the Top 5 list from so many of the top beautiful actresses of Hollywood. But in order to list them in Top old and beautiful Hollywood actresses, it is to be done. There are so many that have graced the world of Television as well as Silver Screen.

Undoubtedly this is the leading lady that deserves the first position. According to the latest survey she was, she is and she will be the most attractive, hot and iconic lady in Hollywood. Born as Norma Jean Mortensen she changed her name. From then her image rocketed to stardom. She worked brilliantly in over 30 films and died in 1962. Well known around the world for her sex appeal and beauty she is still a beloved figure.

Angelina Jolie is a modern actress and a brand name that is well known throughout the world. She is hottest lady that ruled the world for long time and people love to watch her even today. She is the queen having lovely body with juicy lips. She can be called as one of the most attractive women in the world and Hollywood. Her private life was filled with much speculation, when she and Brad Pitt fell in love during the filming of “Mr. & Mrs. Smith” (2005).

Lopez or just J-Lo is the big name in Hollywood. She appeared in”Selena” (1997) and gained much exposure throughout. Many of the people know her as a fly girl on the television series “In Living Color”. Jennifer performed in more than 30 television episodes and movies. She was one of the Hollywood’s sexiest single at the age of 37. She continued in films and gained much name and fame with the top performance and great looking body.

Salma Hayek is one of the top most Hollywood actresses that is known for her beauty and well built attractive looking physique. She is one of the most prominent Mexican figures in Hollywood that is born in born September 2, 1966. She also worked in Hollywood as a singer, director and producer.

Top Beautiful Hollywood Actresses of All Times: The List Goes On and On

Besides these Top beauties and hot Hollywood actresses there are many who deserve this list. The big names like Pamela Anderson, Lindsay Lohan, Scarlett Johansson, Keira Knightley, etc. are all hot and deserve this place.

Also there were the beauties and all time favorites in Hollywood like Greta Garbo, Meryl Streep, Sandra Bullock, Goldie Hawn, and many more that ruled the world for long time. People like to see these faces now also and search for them on internet to gain information about their hot heart throb ladies in Hollywood.