Beyblade isn’t a new game. It was released in Japan by Tomy in 1999. It is a line of spinning top toys which was inspired by “Beigome” a conventional spinning top with adjustable and interchangeable parts.

Beyblade Burst is the third gen of Beyblades. You have the season 1 anime available on Netflix. It has some young enthusiastic bladers trying to reach the World League.

Today, beyblades have taken the toy world by storm. The toys are very close to the anime and share similar names. 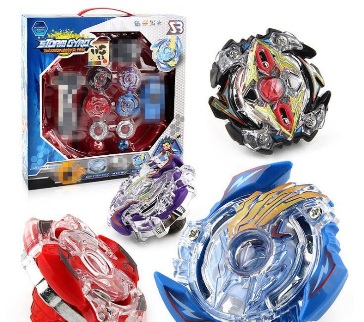 How to Enter a Beyblade Tournament?

The game is highly famous and holds several tournaments. In the year 2018, it was the 2018 Beyblade Burst World Championship.

The beybladers championship is generally for kids of age 8 to 13. If you want to enter the beyblade tournament, then you can participate in the local tournaments listed on World Beyblade website.

Or if you are really passionate about and your kids love playing the game with friends, you can also host a beyblade tournament at home.

This can be a super exciting way to keep your little ones entertained with their friends.

How to Play Beyblade Game? (Learn the rules first)

The game engages the children not just physically but also mentally to think of strategies to win it.

No matter your kid is playing a game at home or at championship level, it is important that he should know the beyblade tournament rules first. Here is an easy way to play Beyblades and surely it is not rocket science to play.

A Beyblade is the spinning top which represents you in the battle, made of three layers the top, middle disc and driver. 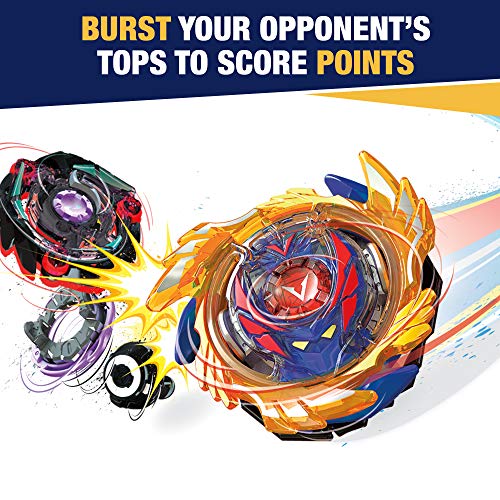 During the match a player can choose 3 beyblades but play one with one for battle. Now, the points are given like this:

There are 4 kinds of Beyblades which are used in the game. They are given below:

Attack Beyblades are strong and easily spin around the stadium with heavy force. They are used on offensive mode against the Stamina Beyblades

Defence Beyblades do not move a lot but spin around the stadium to get attacked first. They deflect its opponent and are majorly used against the Attack Beys. 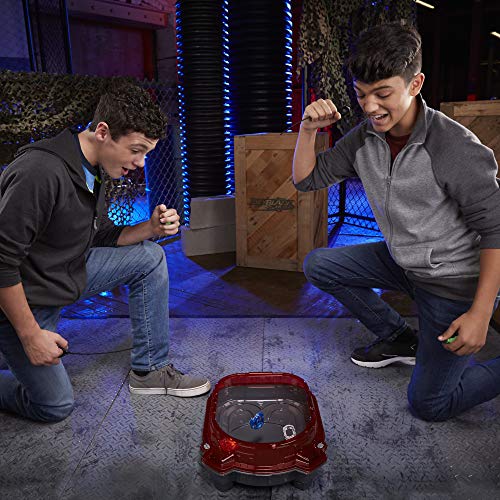 Stamina Beyblades compensate for their power by staying longer in the game compared to the others. They are used to outlast the competition and perfectly battle against Defence Beys

Combination are multitasking Beyblades which can do a little bit of all.

In order to fight, just assemble your Beyblade by putting the bottom first, then the disc and finally the top layer. Lock it properly.

Have a sturdy grip on your launcher with the left hand and hold it above the stadium with the bottom layer facing the field. As the battle starts just pull the ripcord out while gripping the launcher.