Bleeding during early pregnancy is a serious problem. Timely medication is to be sought in such cases in combination with some useful exercises for pregnant women. If bleeding occurs for a few times only, it can be cured by seeking medical supervision on time. 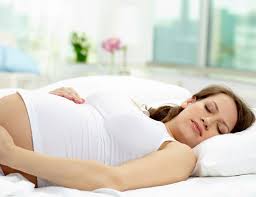 But if it is not treated on time then it may lead to miscarriage and failure of pregnancy. Bleeding of any kind during pregnancy can be fatal as it may cause other serious problems also like lack of blood in body, mental disorder in extreme cases and miscarriage.

Mostly, pre existing conditions of the woman’s body act as the reason for the possibility of high risk pregnancy situations in their lives. These conditions are nothing but the addictions and diseases prevailing in the women’s body which convert them into a weak candidate for bearing a child and deliver it safely.

Contrary to the general thought of the population, ovarian cysts or cysts during pregnancy are not uncommon. Basically ovarian cysts occur at a rate of one in a thousand pregnancies. They cause no significant health problems to the pregnant women either. Except the situation when such cysts overgrow along with the stem in the body, and start to apply pressure on the bowels and bladder, it causes immense pain in that area and has to be removed surgically by the doctors.

In most of the cysts leave very quickly just the way it appeared. These are harmless in most of the case, except the ruptured ovarian cysts. In that case, the pain is so intense that it may lead to miscarriage even. In that case such overgrown cysts that get fixed up with the stems need to be treated surgically. Such cysts during pregnancy may size up to 8 cm, which can harm other organs of the body and cause immense pain. Medication is to be taken in time, to avoid such a mis-happening.

Lack of physical work and activity in daily life gives birth to such problems. Smoking, drinking and drug addiction are some of the most severe cases which threaten any normal working of the body systems. It affects the whole body negatively. To check all such problems safe exercises for pregnant women should be recommended to allow their body work properly. Yoga and simple exercises at the time of pregnancy is recommended to tackle such problems.

How Exercises and Yoga Helps?

Yoga and simple exercises at the time of pregnancy can help you restore fitness back to the body. This can help a pregnant women keep herself fit and healthy. During pregnancy, experts advise pregnant women to include light yoga in their daily routine to avoid pains and aches originated due to pregnancy.

In the form of best prenatal yoga these simple yoga can be performed in combination with other low impact exercises to regain flexibility and agility of the body. Best prenatal yoga includes various other exercises and techniques to gain fitness even when the body is facing various physical limitations. You may find some great pregnancy books that can help you out in knowing more about the exercises that can be done during pregnancy. You may check them online to get the benefits.

May be it’s because of the fact that she is unable to cope with the rapid changes occurring in her body. Her spouse will have to attend to her and make her feel comfortable in all situations. Exercise during early pregnancy prevents pregnant women from getting excessively hyped about the hormonal changes and fatigue they experience more often. Yoga during pregnancy soothes the soul as well as mind, as this is very much essential to keep the pregnant women calm and composed to bear and adjust to the changes happening within her.

dogPACER Treadmill Reviews: A Best Gift for Your Dog
What Type of Humidifier Is Best for Winters? [7 Different Options and Benefits]
Travel to Canmore for a Great Relaxing Holiday