This is one of the most exciting projects you would come across on Kickstarter right now. It is about a horror film that you can make happen. The story line is a gruesome one, and starts off when a series of young women are killed. The women gets hold of the body of a newly wed woman and in their desire to kill their killers, wipe off anybody who comes across their paths. 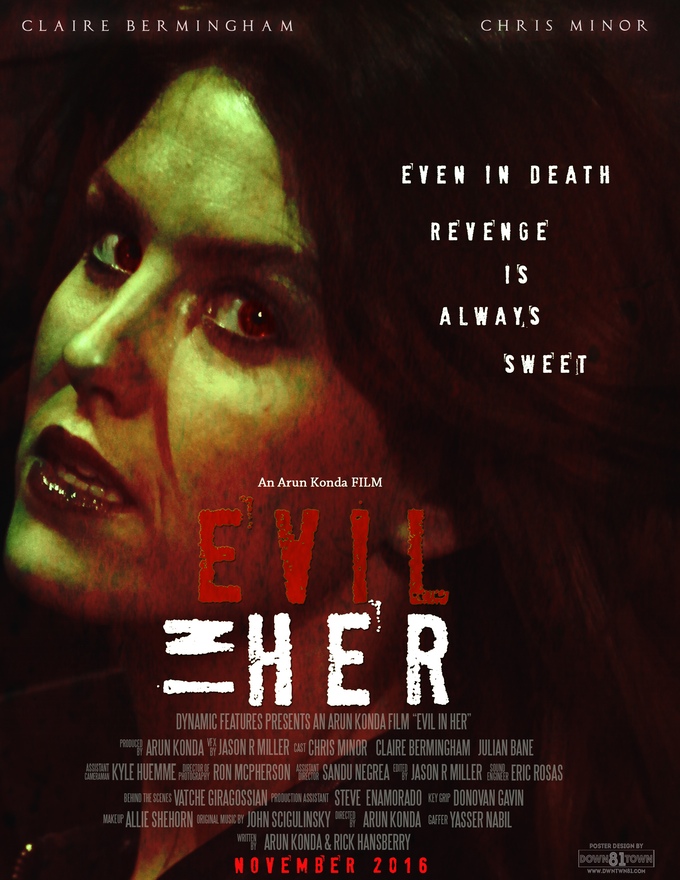 The project has a goal of over $150,000 and if all goes well, we will be able to see it being released soon. The film is to be aptly titled ‘The Evil in Her’ Backers get an exclusive DVD of the film when it releases. The cast consists of Claire Bermingham and Chris Minor with others.

The project is pretty clear as to what it needs from the backers, stating that the money would primarily go towards equipment rental and location fees. Additionally, the payment would be spent on Distribution and Cast costs. The makers of the campaign has given a lucid chart on how they expect the payments to contribute towards the project, and interestingly, even mentioned the 8% Kickstarter fees they would have to pay.

Considering that they do raise the required $150,000, 8% is not that bad a figure. Additionally, those who pledge more than $10,000 get a host of goodies. For one, they would be getting their name featured on the big screen itself along with t-shirts, caps and beer mugs. They will even be able to go to Los Angeles for a pre screening of the movie and have dinner with the stars.

Backers can be from anywhere in the world and would potentially be contributing to the next best horror film to be released. The film is slated to be released in November, 2016 this year, which really isn’t a long time away.