As per the astrology, every person born on our planet earth falls under a zodiac constellation and posses the traits of that particular zodiac sign. It is obvious that everyone wants to know the future and is interested in astrological predictions.

Do you know, the horoscope date and the sign you born into is now different? A distinguished astrologer Parke Kunkle proposed his hypothesis of 13 Zodiac signs. There is a new 13th Zodiac sign Ophiuchus and the new group of stars enter the Zodiac. Thus, the period of each sign changes due to the addition of 13 signs.

You may be in awe why this change occurs. The change of horoscope date has happened because of the Earth’s changing alignment in the last 3000 years. 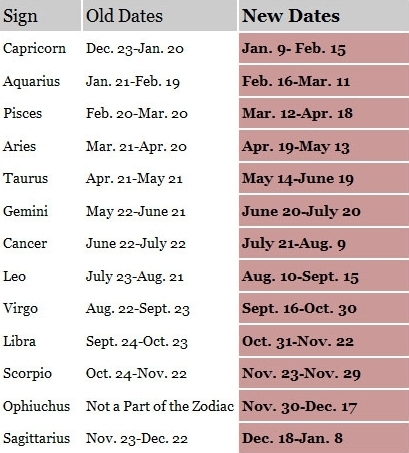 The astronomers of Minnesota Planetarium Society found that the position of stars was changed as a result of the gravitational pull of moon on earth. The position of the earth in relation to the sun has changed. Since these changes are slow process, it took 3000 years to change.

This changing horoscope dates and zodiac signs are something very upsetting to those who rely on astrological predictions. However, the astrologers claim that the predictions will be basically same. However, western astrologers deny Parke Kunkle’s theory.

Is this a prank or truth? This cannot be predicted right now. Share your ideas below if you know something about it and want to share with the world.

Fermented Vs. Non-Fermented Soy Protein - What's the Hype?
Easy Potty Training Tips for New Moms
What to Do if You Lose Money Investing in Crypto Tokens