Brain is the most essential component of a human body. A human life is based on the activity of the brains. If the neurons and protons in the brain do not transmit signals to the rest of the body, the body will not function properly. Growth of the brain happens at a very early age, a mother should take special interest in the diet of the child. In fact, a pregnant mother also should be careful about her diet and should take such brain foods which help in the growth of the brain. 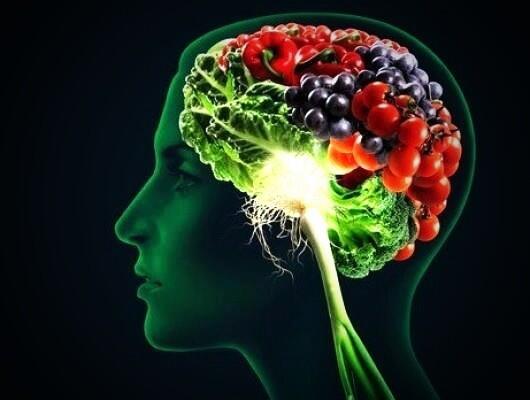 There are certain brain foods which help in the development of the brain. Pregnant women should take fish like salmon which is rich in Omega 3 fatty acid aiding in better coordination of the neurons. Omega 3 fatty acid can also be found in fish like mackerel, sardine, trout, and pilchards. Along with this, flaxseed oil, soyabean oil, linseed oil are also rich sources of mega 3 fatty acid. Omega 3fatty acid is also known to combat Alzheimers disease, which is the failure to remember anything.

Among the brain foods, nuts are ranked high in the priority list as they have a rich content of vitamin E which is essential for cognitive development of the brain, sharpening the memory skill of a person. Rich vitamin E can also be found in asparagus, olives. These are especially required at old age, when the memory starts to decline. Also, vitamin C is also known to boost mental prowess. Blackcurrant is the richest source of vitamin C, so have blackcurrants regularly to increase mental capability.

Whole grains have a powerful dose of glucose which gives energy to the brain. The glucose in the whole grains are released slowly and steadily which help in energizing the brain throughout the day. Wholegrains like brown pasta, wheatbran and granary bread can be termed as brain foods. Tomatoes have antioxidant known as lycopene in them protecting the brain against a degenerative disease of Alzheimer’s. Vegetable such as broccoli has vitamin K which increases the cognitive power of the brain. From ancient times, sage is known to increase your memory power. Add sage to your diet.

Apart from adding brain foods in your diet as discussed above, importance must also be gets, the more active it remains. Simple mental exercise like working on a jigsaw puzzle everyday helps the brain to remain alert. Chess is an excellent mental trainer, where foreseeing the opponent’s move is of prime importance.

It helps in assessing situations and taking right decisions at the right time. The brain dictates our lives, right from performing bodily functions to taking decisions. As with our body muscles, the more mental exercise it gets, the more active the brain remains. Physical exercise also helps in keeping the mind alert by stimulating the blood flow.  Sleep is a very important part of brain development. If the mind is not properly rested, it will not work properly and the mind rests during sleep. Brain is the essence of the body; proper care should be taken to develop its skills.

7 Tips On Identifying Abuse In Marriage And Relationships
How To Install Half Steps For Disabled And Elderly At Home Affordably?
Importance of Choosing the Right Diaper Bag for Your New Born

The 4 Baby Bs That Parents Should Know

Learn About Your Child Horoscope To Be A Good Parent

Diaper Rash Paste: Choosing The Best To Heal Your Baby