Everybody enjoys reading a comic book, be it children or adult. It provides a unique experience to follow a story through illustrations even if the subject is for adult audiences. Dominic Gauthier has started a project on Kickstarter to gather funds to publish his first comic book of the series called “Suppression.” Recently, Kickstarter has been witnessing a number of campaigns for publishing stories and comic books, and this seems to be one of them. 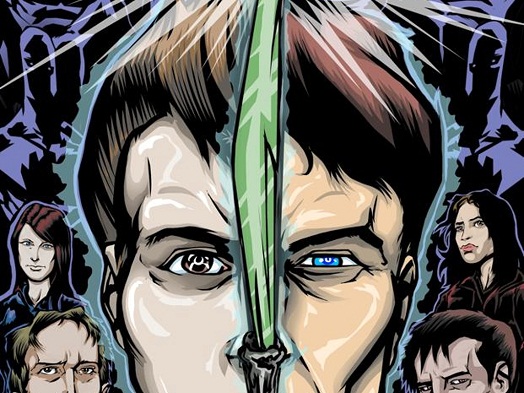 It was Dominic Gauthier’s childhood dream to create his own comic book. The series was penned by him more than four years ago which he wanted to translate into an independent film. But due to restrictions, the project was scrapped and later he decided to turn his work into a comic book. He posted his idea on a freelance website and chose Gene DeCicco for carrying out the illustrations. DeCicco is a professional artist who had experience in working with Marvel Comics.

The book opens in a world which had achieved world peace and is currently threatened by the problems of resulting overpopulation. An organization known as “The Unknown” had taken up on themselves to save the world by creating an assassination system called the “Great Order.” Every human is provided a target to take down and noncompliance means elimination by “The Unknown” itself. The assassination system develops a malfunction leading people to choose between killing a family member and choosing to die with them.

Backers can get selected artworks and printed copy of the comic book for contributions reaching $ 50. Above this amount backers will receive a signed black and white variant of the book, Suppression T-shirts and mention in the thanks section. Contributions over $ 375 integrate the backers name within the comic. Backers with $500 or more in contributions will have their own character involved in the story of the comic.

How Ayurveda and Ayurvedic Treatment Helps Women
7 Parenting Tips for Teenage Sons and Daughters
BMI Calculator for Women: How It Helps?