Two and a Half Men is a phenomenal show in the comedy genre that has ruled American TV sets for a long time. This comedy show is simply bright, funny and irreverent and it has no competitors that even come close to it on the tube. Charlie Sheen did a commendable job in SPIN CITY and he repeats his antics in this show. 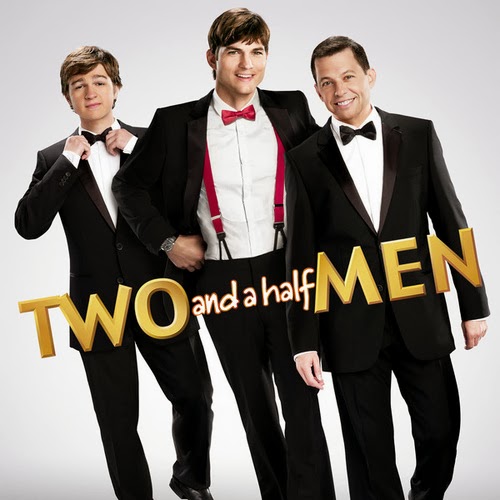 In this comedy series, he is wonderfully cast as the womanizing, extremely lazy single guy. He makes a living writing ad jingles and he thinks his nerdy sibling, Jonathan Cryer has invaded his living space along with Angus T. Jones, his ten year old son. Though Sheen doe share a good rapport with his nephew, he is not all that sugary sweet like how one would expect an uncle to behave or act with his nephew.

Sheen proves to be an exceptionally unbecoming influence on the child and nephew-uncle duo team up against Jonathan. Melanie Lynskey does a brilliant job as well, being cast in the role of female stalker always peeping the deck door of Charlie’s house. Lynskey is simply adorable and lends a creepy yet hilarious touch to her character.

Holland Taylor is perfectly cast as the unbearable mother who is much happily resented by both the sons. Her self-obsession is simply hilarious to watch. Sheen housekeeper is the wonderful comic actress Conchata Ferrell, who has had a successful stint with several TV sitcoms.

There are several episodes that seem to be etched in the memory of its loyal fans. One such is when one of the ex-flames of Charlie returns back. The only difference is that she has had a gender-change surgery and she is a he now! The scene where it is found that Charlie’s mom spend a night with ‘he’, is directed stunningly. One can easily slip into hysteria laughing at the discovery. Also, Conchata Ferrell’s part as Charlie’s housekeeper who is begging him to do the housekeeping for a month free if he allows him to be present when he tells his mother that the ‘he’ whom she slept with was a ‘she’ formerly is incredibly hilarious as well.

Needless to say, Two and Half Men scores owing to the wonderful casting. The writing is crisp and the situations are well-observed and beautifully captured to tickle the funny bone of even the most cynical watcher. Two and a Half Man can be easily labeled as a sitcom classic for more reasons than one. Charlie Sheen proves that he is a first-rate actor to have excelled the most difficult comedy genre on TV.

Growing Popularity of HD Wallpapers
Baby Cuddle Pillow To Give Your Infant The Best Comfort They Deserve
Playhang: the Most Innovative Foldable Hanger!