Moving On After Divorce, Where To Start?

Women whether they like it or not, are starting life anew. There are a multitude of steps to take and not knowing where to start is the last thing any women needs after divorce. Not only will it be completely normal for a woman to let loose a bit after her divorce, it’s practically a necessity.

Each person has their own way of letting loose and getting crazy. Some may go out each night, perhaps to dance and socialize.

While others may do all the activities they always had in mind during their marriage, but something, or someone, prevented them. Either way, this phase will come and go. After which, it will be time to start thinking about trying it again, a relationship that is. In order for this to work, you must learn how to not make the same mistakes again.

Women are all individuals, all unique, and special in their own way.

Even so, there are certain aspects and actions that the majority of women have in common, especially in regards to moving on after divorce. The following are some of the most common mistakes that women make after divorce:

If a women makes one or more of these mistakes, does it mean she is doomed for relationship failure? Fortunately, no it doesn’t.

A woman in the midst of recovering from a divorce, could make all of the above mentioned mistakes and several more, and still move on from the break-up successfully. It is never too late for a women to take her life back.

How Can A Woman Tell When She Is Ready For Another Relationship?

Before a woman can open her heart to another man, she must take a certain amount of responsibility for the divorce.

If a woman can recognize what went wrong, as well as what her part was in the undoing of the marriage, than it might be time for someone new.

Even if the ex-husband was an awful man, it was still that particular woman’s decision to be with that man. Having an objective opinion, perhaps from a therapist or support group, can work wonders for a woman who is in the moving on process.

Below are some signs woman can look for, within themselves, when trying to find out if they are ready for a new partner:

There is nothing wrong with a woman taking all the time in the world to move on after divorce.

Although, there will come a time when the above question will be asked. “Am I ready for another relationship?”, literally asking that question is a sign that a woman is ready.

Each person in the world wants and needs a life partner, however, it could be very destructive if a woman makes that leap too quickly.

A woman could knock herself right back to where she was immediately following the divorce.

Women are sensitive and emotional creatures. It should be seen as an opportunity to a new life.

A second chance of sorts. A woman shouldn’t give over her heart to another man until she is strong enough to stand on her own two feet.

Lastly, a woman must be honest with herself, always, and love herself, as much as she wants to be loved.

Alex Wise: Alex is the publisher of Loveawake dating site, which launched in July 2009 and has been providing original free dating services and relationship advices, tips, articles, reviews, and videos to readers ever since. 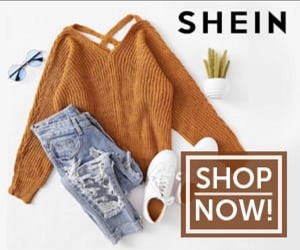